The album is due out on November 6 and is actually features songs from the Kurt Cobain documentary “Montage of Heck.”

Thematically, the album focuses more on Kurt’s creative process and delves into how he wrote songs. “[It’s] curated to feel as though one were sitting in Kurt’s living room watching him create over the course of an afternoon,” Mogren told Billboard. “These are all just Kurt by himself with the guitar. These aren’t multi-track, finished songs or work-ups, but they’re extraordinary, and I think they provide a tremendous insight into his [creative] process. I think they further our understanding of Kurt, both as a musician and as a man.”

Watch Montage of Heck below: 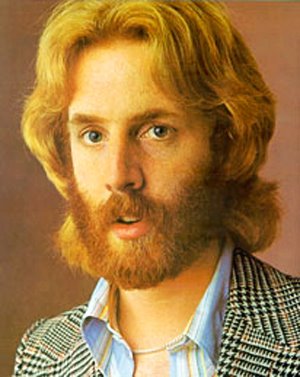 Singer-songwriter Andrew gold passed away four years ago but has had people talking recently. For example, Rolling Stone says one of his albums was among the 10 best singer-songwriter albums of the 70s.

Why is art never appreciated fully until the artist is gone?

Oh and not to mention…

There’s talk of a documentary. And the boutique label, Omnivore Recordings, recently put out The Late Show-Live 1978, a smoking set by this piquant purveyor of Power Pop.

But most people have no idea who Andrew Gold is (I’ll admit I didn’t…).

But you’ve probably come across his work in your life.

Gold had a big hit with the melancholic “Lonely Boy” and he wrote the evergreen “Thank You For Being A Friend.” He also arranged Linda Ronstadt’s breakthrough smash, “You’re No Good.” Bright, bouncy, Beatle-esque stuff, right? Still, it only tells a little bit of the story. Gold certainly had a way with a Pop hook, alright. But he was much more intriguing than all that Yacht Rock would have you believe.

So many kids want to be involved in the arts, but we’re in a time when artistic programs in schools are few and far between.

That’s why it’s amazing to hear that The Salvation Army in Nashville has put together a songwriting program for Nashville youth.

As part of the center’s program for at-risk youth, Angela McCrary heads up the music department. Pragmatic and compassionate, Ms. Angela (as the kids affectionately call her) decided to take an innovative approach with her summer music program. Instead of just learning music, she taught her students how to write it.

When McCrary was hired in February, she was given a budget, an office, and the task of developing a music department. Today, her summer songwriting curriculum has met with incredible success as 120 students can now say they’ve written and recorded four songs as a group.

The Weeknd Debuts 5 Songs in Top 10 on Billboard

Beyonce and The Weeknd Will Stream Coachella Performances

Learn How to Make Beats:

Roland Teams Up With Puma for New Shoe Line

Deviant Noise is a one-stop-shop for the tools and resources you need to become a professional rapper, singer, songwriter or music producer. We want to help you build your career. Visit us today to learn more.
Contact us: contact@deviantnoise.com

Music Production News From Around the Web

Music Business News From Around the Web